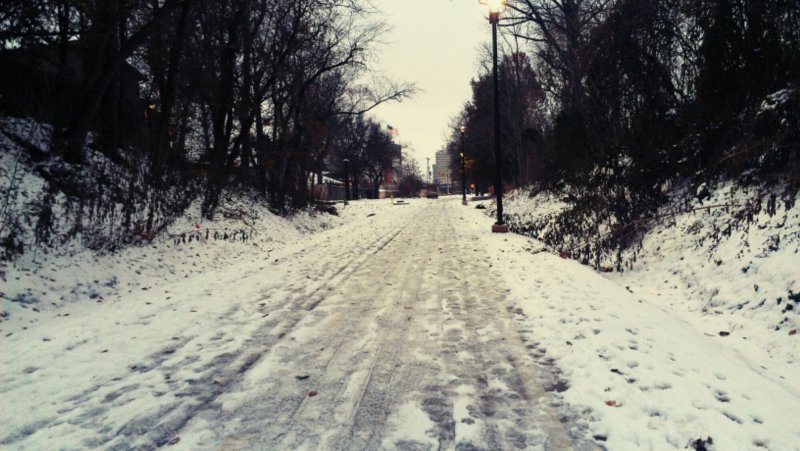 Hitchhiking involves lots of waiting. Took three days to get out of Tulsa, the first before the storm hit, the second after the snow had stopped, both days standing outside a truck stop all day with a cardboard sign, because there was no good place to stand on the highway with the snow and ice. But either because of the conditions of the roads or just the location of the truck stop, no one was headed into Texas. Oh well. Being at a truck stop ensured warmth and coffee, so all I had to do was be patient. On the third day, a guy offered me a ride within 5min of showing up at the truck stop. Just had to wait for the right person. Thanks, Oscar Flores. Riding in the cab of a tractor-trailer, one dream fulfilled. 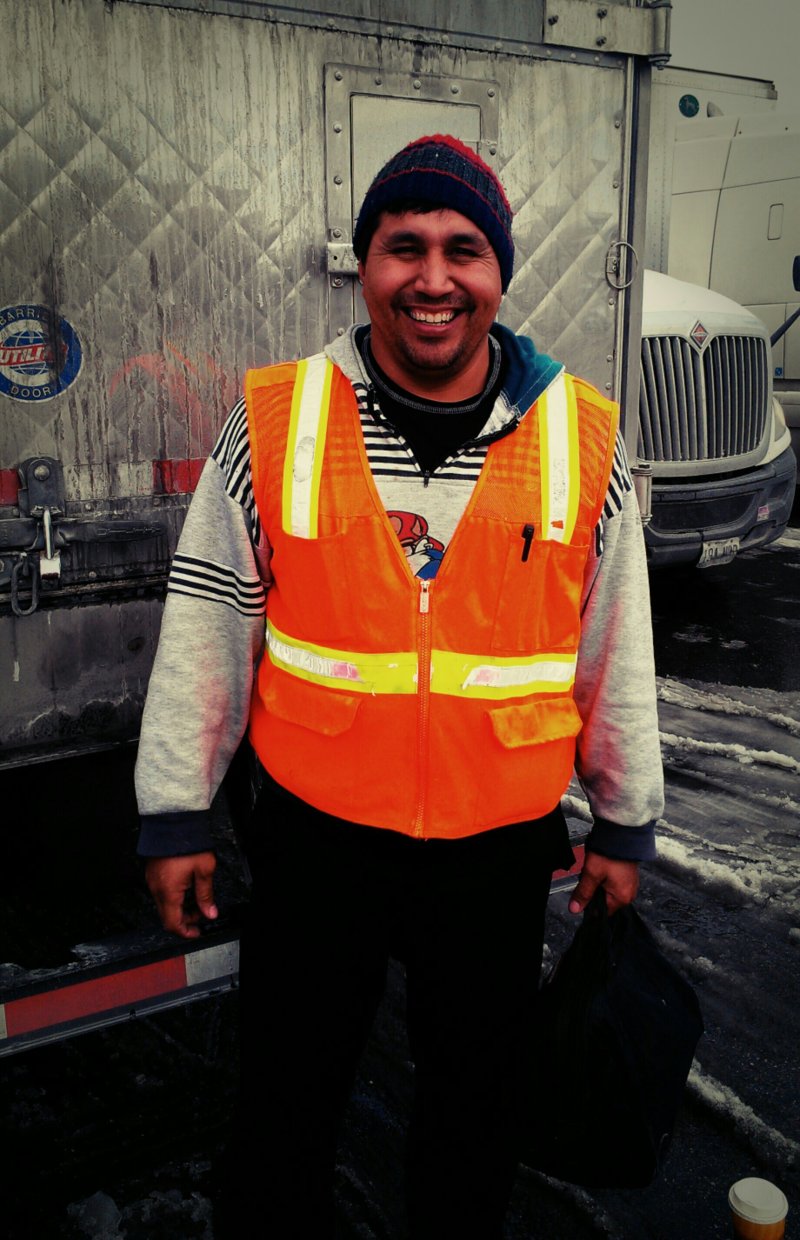 Ride #1 took me out of Tulsa, to another truck stop just before the Texas border. Again, everyone was going north, so I slept overnight in the Burger King there, with intermittent wifi. Finally got a ride the next day with an SUV driver going to pick up her son. She dropped me off on the other side of the Texas border, and a guy driving to Louisiana to spend the season planting trees took me into Dallas. It was only half an hour until dark, so I made my way to another truck stop where it seemed plenty of truckers were headed south and brought out a sign for Austin. Some truckers just shook their heads at me, others said no way would I be able to get a ride for me and the bike, others said sorry, they were headed north. But a fair number just stopped to chat, and within 3hrs I was sitting in the cab of an 18-wheeler en route. Rolled into Austin around 10:15pm, only a few days later than expected. Rested for a day then set out to Houston. Hitched one last time to get there in a day, Will pulled up alongside me on the road and drove me into the city, stopping at a gas station that could only be in Texas along the way. Huge place, food, so much jerky, cast iron skillets, state flags, anything and everything Texas. But no tractor-trailers allowed. 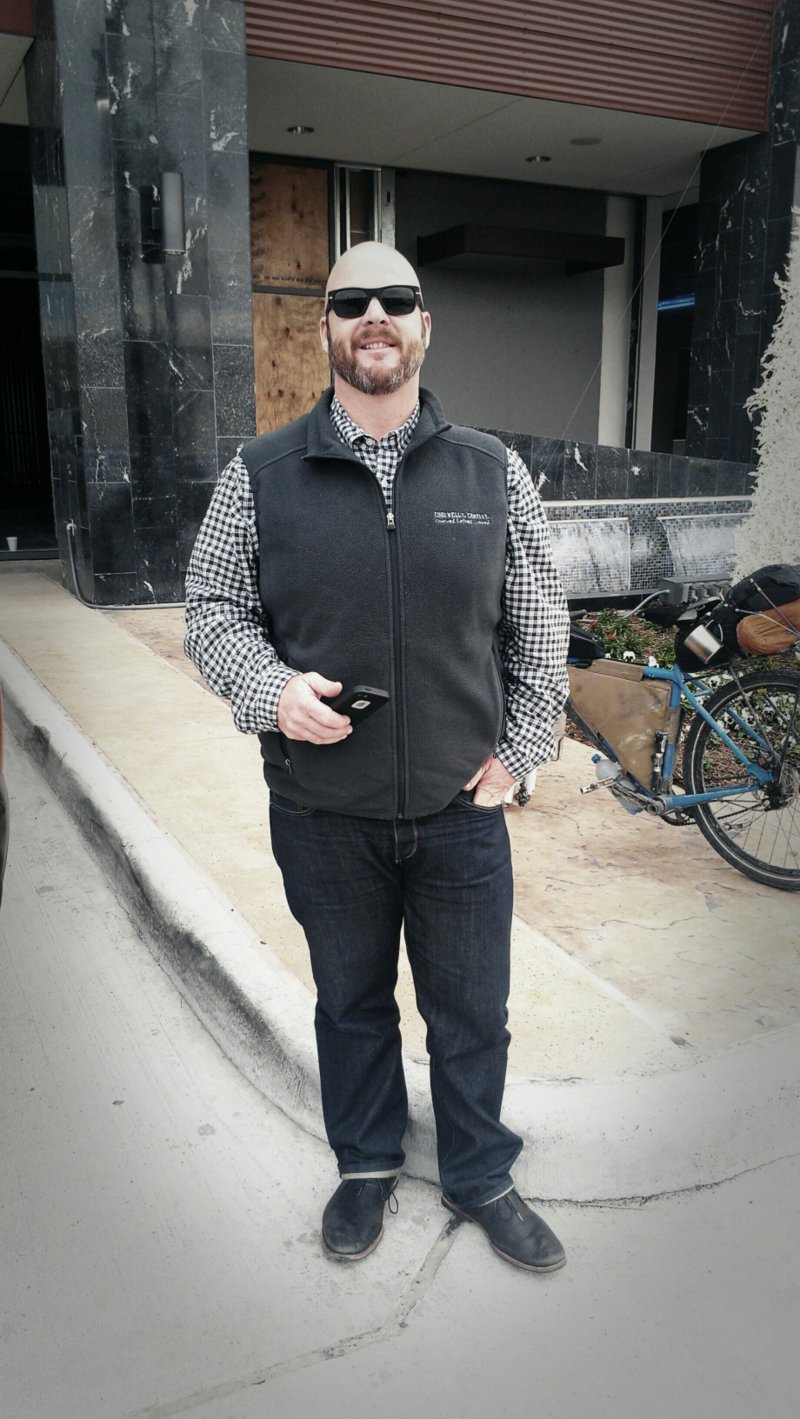 Will, thanks for all. 2hr bike ride left from one side of Houston to the other, dropping in on one last Stanford friend before heading down to Mexico. In Houston for the weekend, back by the water, and back in temperatures above freezing! 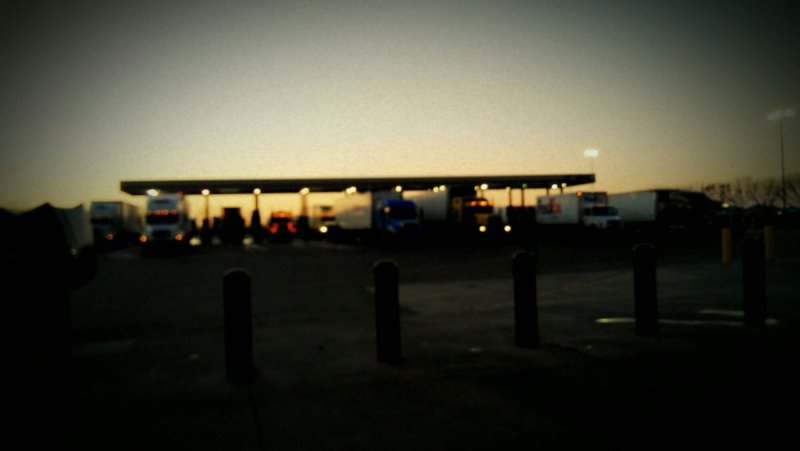