Valparaiso. They call the city “Little San Francisco” and arriving feels just like stepping off the Caltrain. The ocean comes right up against the city, there’s a thin flat section of artificial land against the water, and then the hills start. Streets slope straight up, residents can either wind their way up any of the staircases or be winched up in trams built into the hills. The actual English word for those is funiculars, but everyone calls them trams. In Spanish, ascensores.

Long ago Valparaiso was Chile’s most important city, due to its port. Anyone making the sea voyage round South America up to North America had to stop in. Chile’s first public library was founded here, and the first volunteer fire department. Valparaiso used to be the place to come to seek out a new life. But then the Panama Canal came along and put the entire city out of business. Valpo fell into decline for decades, slowly becoming cheap enough to live in that artists started to gather. Street art is everywhere now. Graffiti and murals, on walls or sidewalks or the vertical sections of stairways. Now it’s starting to be a place where people want to live again.

Everyone heads out to parties after dark finally falls, around maybe 9:30 or 10 this far south. Then in the morning the city is maybe the quietest city you’ve ever been in. It’s covered in fog off the sea and it’s chilly and it’s a haven for more reasons than one.

Valparaiso’s story: Booming industry city falls to ruin and once it’s decayed enough makers come in and build it back up.

Is this going to be Detroit’s story, too? 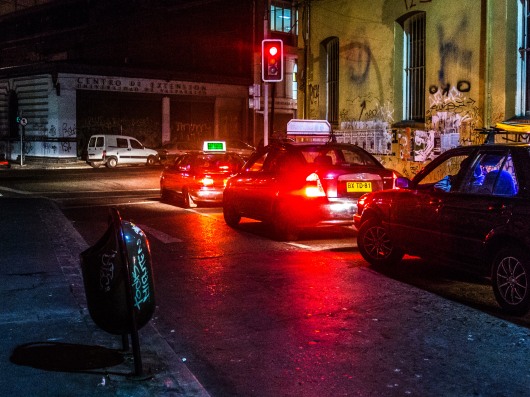 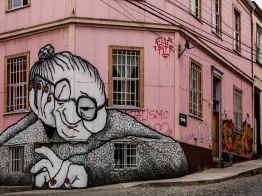