The last segment with Sebastiaan. We leave Honduras, reputably the most dangerous country in Central America, for Nicaragua, reputedly the safest. Yet in Honduras we were overwhelmingly welcomed into peoples’ homes, and 10km into Nicaragua a teenager spat at my shirt, which probably only helped clean the sweat and salt encrusted thing. Safety is funny sometimes. 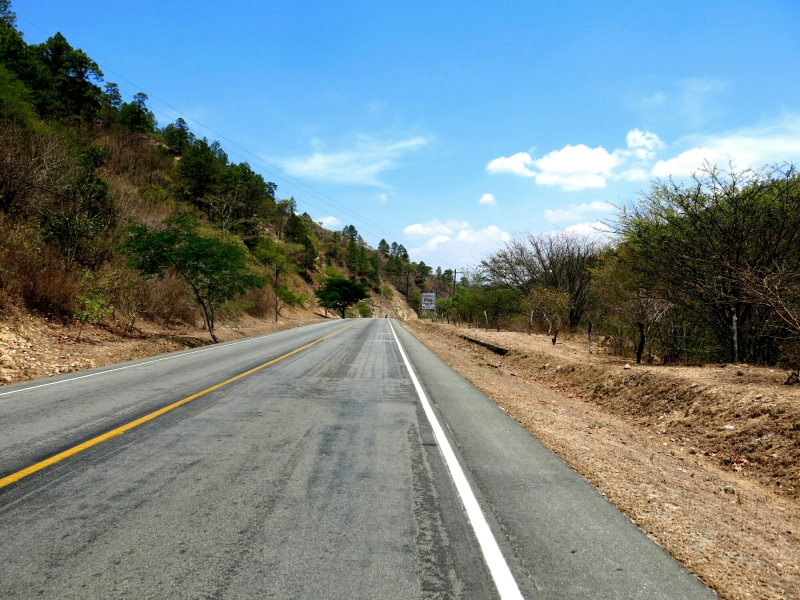 We crossed the border at Las Manos, at the peak of the mountain pass. Either there or the last few days in Honduras we crossed over the Continental Divide, returning to the Pacific. The Divide is easily noticeable throughout Central America as the Caribbean side is characterized by hot and humid weather, and the Pacific side lies hot and dry. Parched, especially now, since we’re coming through in the hottest part of the year, just before the start of the rainy season. 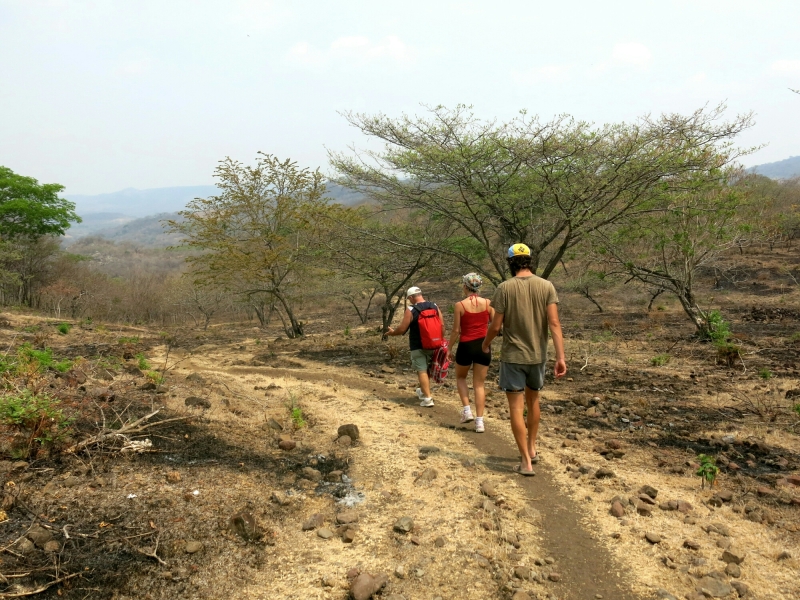 First stop in Nicaragua: Somoto, just across the border. Resting a few days there, reading and watching football and taking a hike through the canyon.

Following the track down to the river. 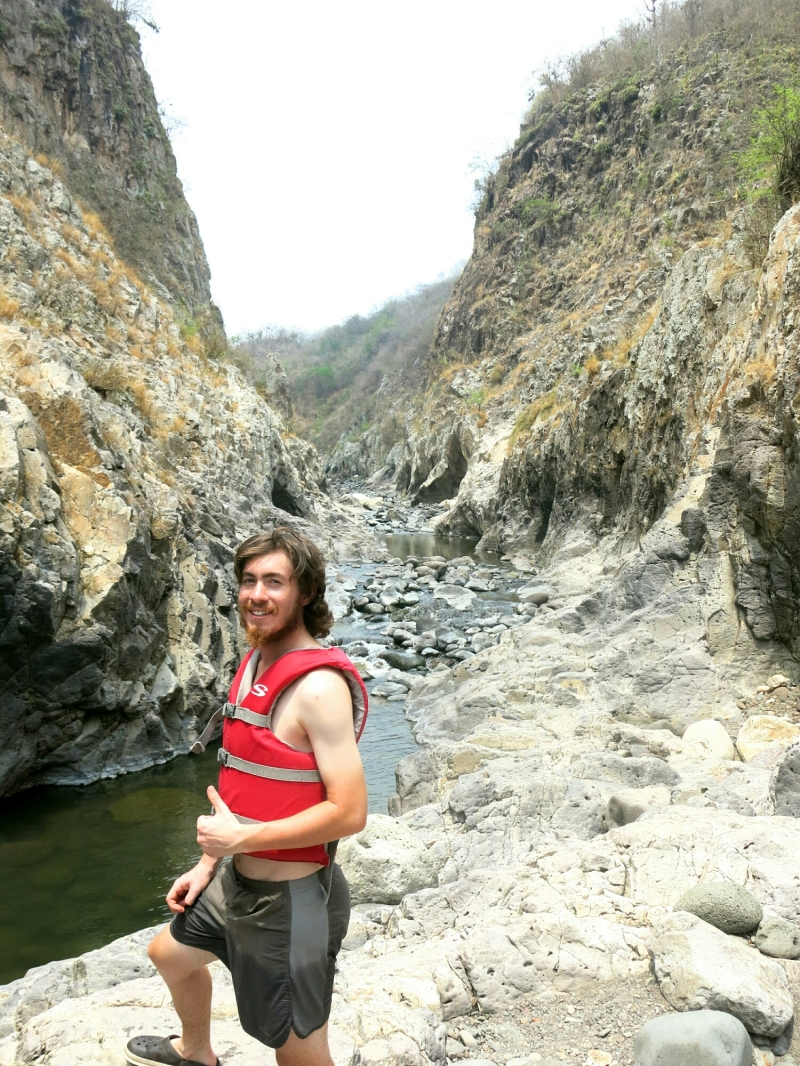 To walk a bit, then cool off in the water and float downriver a ways. The current strong enough to pull us along, weak enough to be able to just sit back and relax.

Back on the road, aiming to beat the heat by heading back into the mountains. We’ve been avoiding as much as possible the Pan American highway, the main traffic route through Central and South America that stretches all the way down into Peru and Bolivia from Mexico, with only a few interruptions. After riding the PanAm for 40 miles from Somoto, we turned onto the stone-paved road to Jinotega, coffee country. 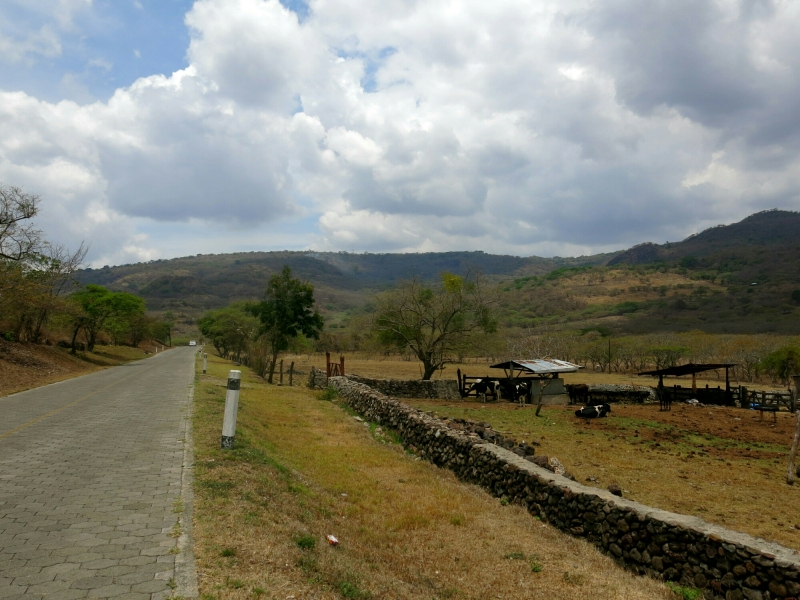 A quiet road, past farms and not much else. All would have been well, except both Sebastiaan and I started getting flat tires, and since Honduras our tube patches have not been holding up. Maybe we each had a bad batch of glue, or bad patches, but we would fix a puncture only to roll out and flat a few minutes later, when the puncture invariably blew a hole in the side of the patch. Patching over the patches inevitably just wasted patches. Replacing the punctured tube with a new tube was the best strategy, until we ran out of spare tubes. In any town down here though, it’s always possible to find 26″ inner tubes, so as long as we could limp to the next town, we could keep moving forward. Sebastian was riding on 700c tires, and while most small towns won’t have that sized tubes, it’s possible to fit in a 26″ inner tube, carefully, despite the larger sized wheel. Rubber stretches.

But up we went, to the permaculture retreat of La Biosfera. Suzanne welcomes in traveling cyclists, so we spent a few days there, resting and recuperating from a bout of intestinal parasites.

Parasite symptoms include: stomach cramping, nausea, diarrhea, some combination of the above. Parasite medicine costs: $3US for the name brand meds, $1US for the generic ones. Espresso costs $1-2US. From bad water or food, parasites have been explained to us as a routine matter since Guatemala, with most people saying they just get the test done once a year and take the corresponding medicine to knock out the little buggers. 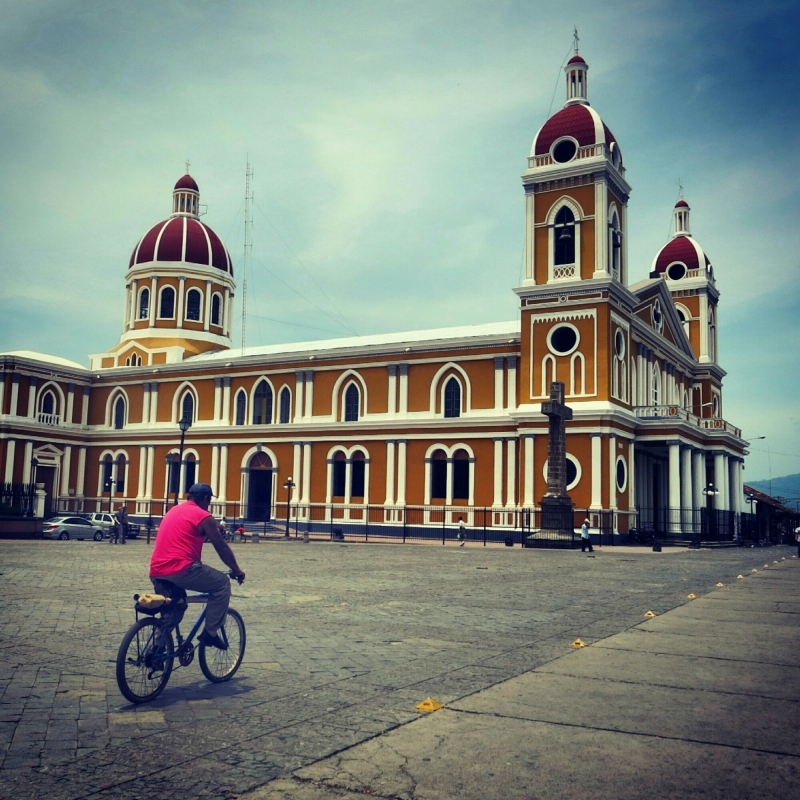 Parasites cured, our final days riding together took us to Granada, the first city the Spaniards founded in the Americas. Beautifully colonial, and in the summer heat all foot traffic gravitates to whichever side of the street offers some shade from the surrounding buildings. 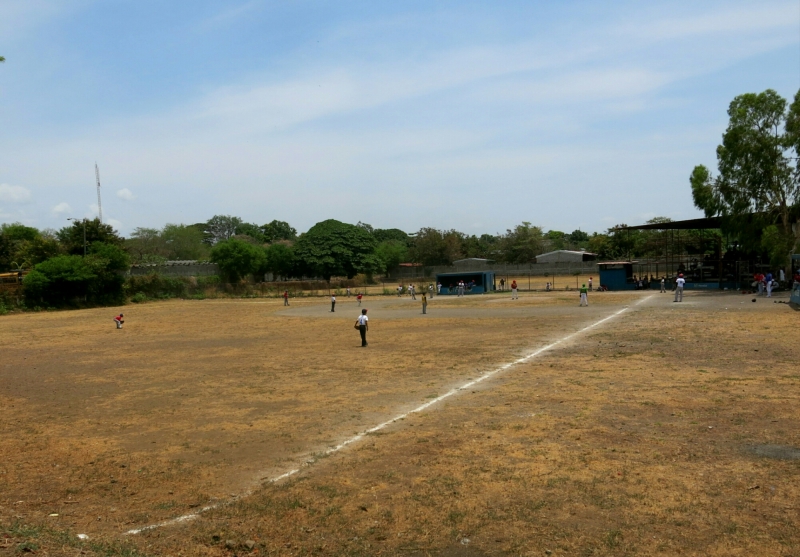 Not even the heat can stop a baseball game, either the children playing or the old men standing about watching. 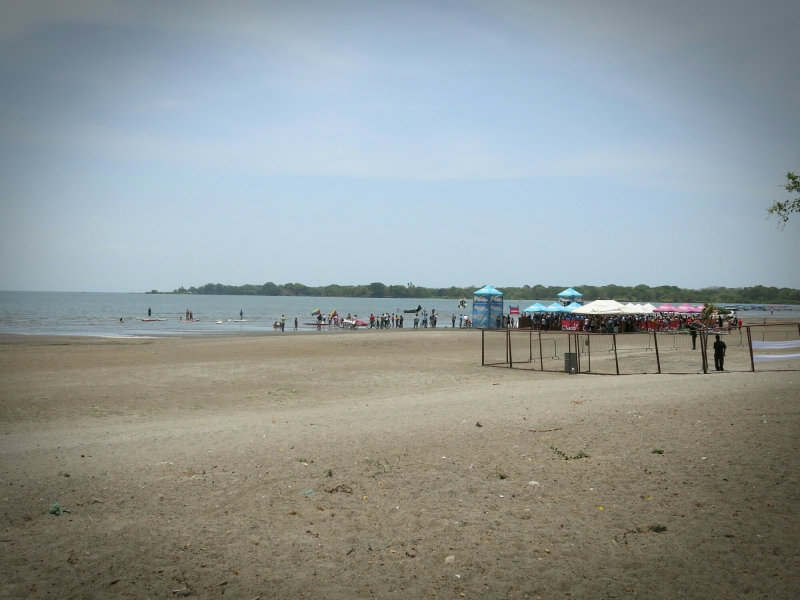 Many sports going on; the city was built on the shores of Lake Nicaragua, and was being used as the arena for the Paddle Board World Championships.

Also, more bug problems. This round: bedbugs! They bite, they itch, and there’s no easy medicine. One pharmacy suggested smoking ourselves. We didn’t know what that meant. A few days of riding and sweating under the sun seems to have cured them now.

And then our final goodbye. Time for me to continue to Costa Rica to meet some friends, and Sebastiaan to start returning to Mexico to catch a flight home in a few weeks. A great riding buddy, sad to say goodbye.

Sebastiaan, between Granada and the border you missed out on some wind, windmills, and volcano views. Safe travels man.